Skip to content
tattoobeasts.com is reader-supported. When you buy through links on our site, we may earn an affiliate commission. 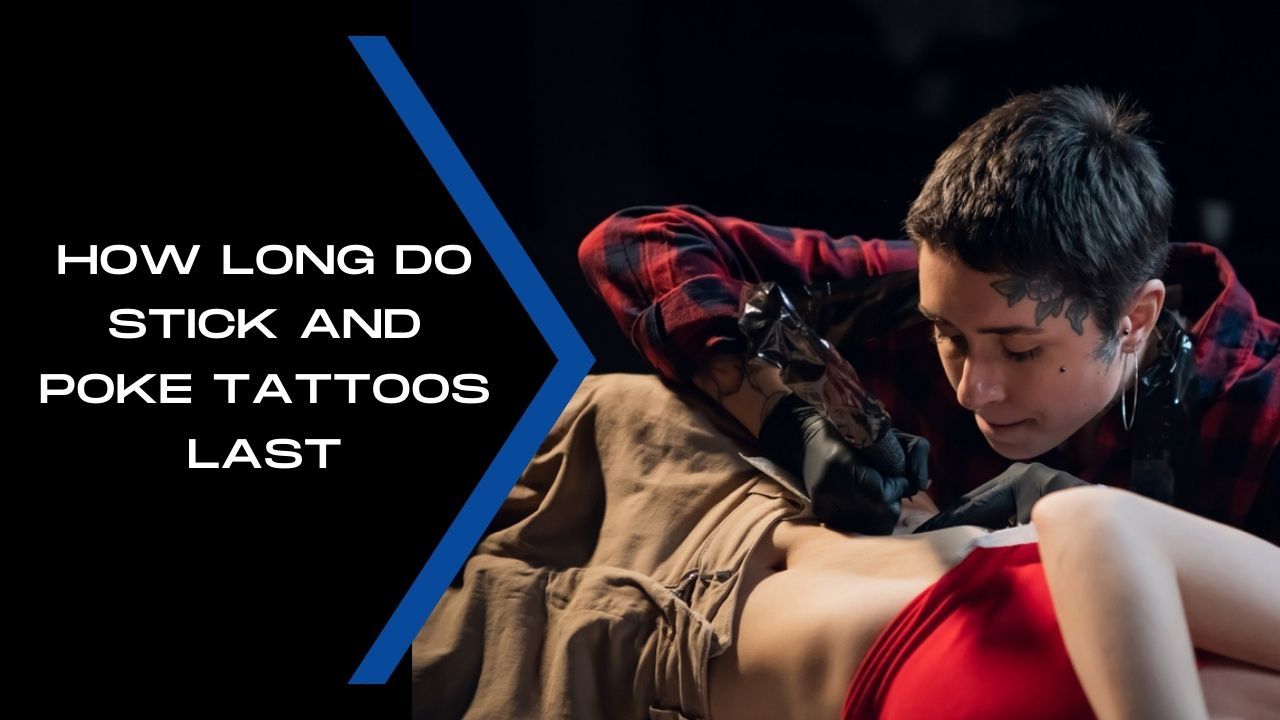 The majority of people believe that stick and poke tattoos are mostly done at home by hobbyists. Thus, it is wise to discover the longevity of a handmade tattoo of this kind. However, the same concern usually arises, whether a conventional or a DIY stick-poked tattoo made by a skilled tattoo artist.

Now, the question is how long will poked tattoos endure? Is it Weeks? Months? Years? Were they really meant to be perpetual? For those considering a stick and poke tattoo, knowing how long the tattoo-ink will persist. Therefore, it is critical to determine if the tattoo is valued for spending its dollars.

Without wasting any further time together, we will find out the longevity of the stick and poke tattoo. Plus, What things you should do to make your tattoo last longer.

An Introduction: Stick and Poke Tattoos

After reading our guidelines, I can guarantee that it is a good opportunity to get properly familiarized if your concept is unclear regarding the Stick and Poke tattoo.

The Stick and Poke Tattoo is a DIY Tattooing work because the hands do it without the involvement of the machines. However, it doesn’t mean you can’t use the machine. You can use it to refine the tattoo, not to draw the tattoo. Even the Stick and Poke Tattoo doesn’t particularly require the needs. You can use any sharp thing for the tattoo. Mostly the professionals use the needles because they beautify the design of the tattoo. In Jails, the needles are not available, that’s why the criminals use sharp items.

Since Poking is not a piece of cake that’s several professional tattooists, I don’t prefer this technique. The hand-poked tattoo requires high expertise and years of professional experience. That’s why most poked tattoos usually feel like a DIY tattoo in terms of the design.

Furthermore, stick and poke tattoo is the modern form of the hand-poked. So, it is relatively less complex to draw, but still, for exceptional results, the tattoo requires a highly skilled tattooist. Hand-poked has a wide association with many cultures and religions. This tattoo type is widely famous as a unique self, particularly among those linked with the hidden artistic communities. A stick and poke tattoo is something anybody can receive since folks have already had hand-poked tattoos for millennia.

How Long-Lasting Does a Stick and Poke Tattoo Be?

The vast majority of people believe that stick and poke tattoos are not permanent because they are handmade. Actually, the reality is totally opposite in this situation. No Tattoo in the world will last longer if you don’t do the aftercare of it.

Stick and poke tattoos are done in the same methods as any other normal tattoo done by a machine. There’s no tattooing equipment performing the job does not imply that the ink will be ineffective. We also have review of tattoo machines.

Whether you’re fortunate, a stick and poke ink should last you somewhere around Five and Ten yrs, depending on the design. Depending on the tattooist and how well it cares for it after, an ink may endure up to ten yrs. If you hire an unskilled or novice tattoo artist, the lifespan is limited to five years at the most.

What happens if the stick and poke tattoo is not done properly?

In the same way, a traditional tattoo is done, a needle transfers the tattoo-ink into the dermis layer. After the ink has been ingested into the dermis, it won’t come out.

However, assuming that stick-poked tattoos are just transitory is incorrect and may be deceptive to a large number of individuals who are just not familiar with this tattooing technique. Although shorthand tattoos aren’t lifelong, they aren’t meant to be removed in six days to Twelve Days, as are henna tattoos.

It is fair to assume that a stick and poke tattoo doesn’t last anyone straight off the bat for the rest of your life. The stick-poking method is as complex as the conventional tattoo procedure, but it is still effective. Therefore, the stick-poking may cause the ink to get misdirected within the flesh. As a result, a tattoo lasts much less time than a traditional tattoo.

Does Stick-and-Poke Tattoo Fade-Out- After a While?

After several years, one of several major problems with stick-poked tattoos is that they will tend to fade up and lose their original look, which may be embarrassing. Improper ink implantation throughout the epidermis or an absence of suitable upkeep. The problem with most people is that they don’t do aftercare of tattoos. In any case, the faded might just be a huge issue, particularly for individuals who had hoped that their ink would endure a lot longer.

Across many cases, stick and poke tattoos end in a tattooing outburst. This is because the ink is not properly implanted inside the epidermis. Sometimes, the deeper or shallow results are worse, like skin problems, fading, redness, and swelling.

Neither address the fact that improper aftercare may result in typical tattoo problems such as redness, irritation, and contamination, which lead to the early fade of the tattoos.

In the hands of a skilled designer, the tattoo is unlikely to cause infection. Yet, if you hire an unskilled artist, there is a possibility that they may use unclean or infected instruments. So, it will further add to the infestation.

Stick and poke tattoos are fascinating and, when done properly, can be stunning. The correct successful implementation is essential. Regardless of how many times you have a poke tattoo, each one is different and has a distinct artistic vibe. It’s really no surprise that a lot more folks are becoming fascinated by these tattoos.

You should make certain that you have a thorough understanding of these tattoos. For example, what is the stick and poke tattoo creation process? What steps are involved?. And, of course, always consult with a professional if you have any further questions or want to schedule a tattoo session.

When implemented right, having tattooing can become a joyful and thrilling experience. Stick-poked tattoos may lead to various health problems in the long run.